Sony"s Xperia Z1 to Take On Samsung in India

In India, like in many other countries, Samsung ElectronicsÂ Co. holds the biggest share of the smartphone market, followed by local handset makers selling mostly low-cost models. 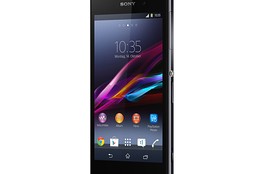 But Japanâ€™s Sony Corp., now the fifth-largest smartphone vendor by shipments in India, is ramping up its efforts to take on Samsung, doubling down on marketing and taking advantage of the popularity of its other products, such as television sets and cameras, among Indian consumers.

This week, Sony launched its high-end Xperia Z1 smartphone in India, hoping to increase its market share though the high price tag of Â over $700 may deter consumers in a country where low-cost smartphones from startups are easy to find.

The Z1, first unveiled at the IFA consumer electronics show in Berlin earlier this month, comes with a 20.7-megapixel camera that has an image sensor larger than most smartphone cameras â€“ and as large as some point-and-shoot compact cameras. A larger sensor, according to Sony, enables the camera to take better pictures, especially under low light.

The launch comes at a time when smartphone shipments to India almost tripled from a year earlier to 9.3 million units during the quarter ended June 30, data from research firm IDC showed.

Drawing on the good reputation of its CyberShot cameras in India, Sony hopes that the Xperia Z1 may appeal to the increasing number of Indian smartphone users who use their phones to take and share photos.

Still, the flagship modelâ€™s hefty price tag may put off some consumers. Â Sony will sell the Xperia Z1 smartphone at 44,990 rupees ($712.5). The new phone is expected to be available in retail outlets from Wednesday.

The Xperia Z1 will likely face fierce competition from other models that also emphasize camera features, such as Samsungâ€™s Galaxy S4 Zoom that costs 30,590 rupees.


Sony"s Xperia Z1 to Take On Samsung in India
Posted by midlandsevents at 17:39