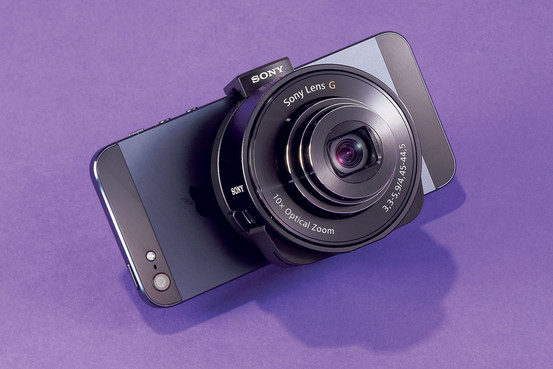 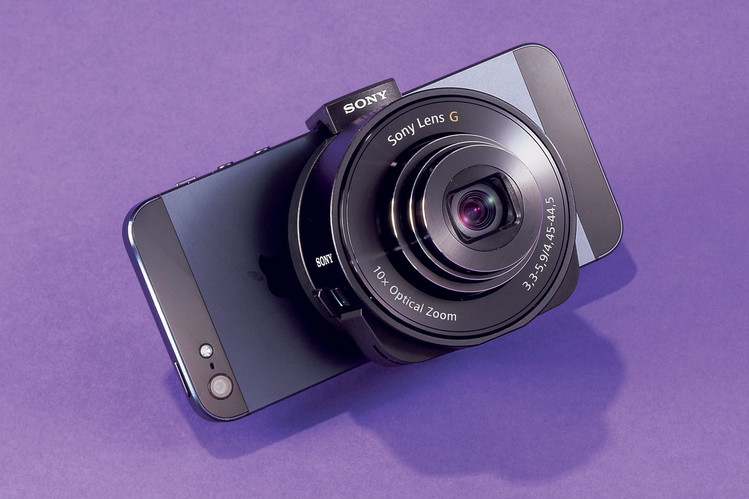 STEADY CLIP | Sony’s new QX10 digital camera is secured to the back of any a smartphone.


new digital camerasâ€”the DSC-QX10 and DSC-QX100â€”are like interchangeable lenses for your smartphone. They clip to the back of an iPhone or Android phone to create a Frankenshooter that can snap 18- or 20-megapixel pics whose quality rivals that of photos taken with a good point-and-shoot. In fact, the DSC-QX100 has the same lens and 1-inch image sensor as one of the best compact cameras on the market, Sony’s Cyber-shot RX100 II. 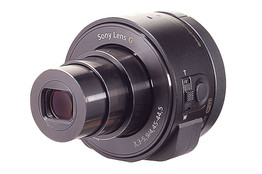 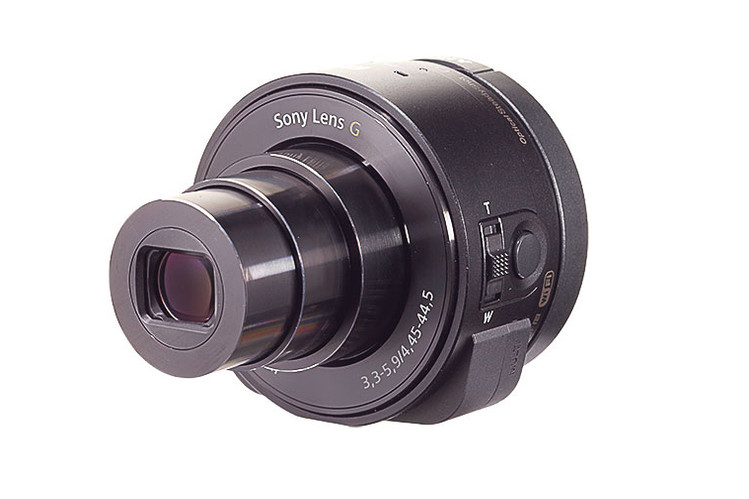 Both the QX10 and QX100 connect with a smartphone over Wi-Fi and use the device’s touchscreen as a live display. The clip-on approach is convenient, but it does take some getting used to. Because a smartphone is lighter and thinner than the body of a traditional camera, the whole package is bit front-heavy. You’ll have to learn to hold it by the “lens” (which is really the camera), instead of the “body” (the smartphone). Thankfully, this isn’t as awkward as it sounds, since the cameras have dedicated shutter buttons and zoom controls on the side.

However, the approach does have drawbacks. Although the cameras are compatible with an iPhone, they’re best suited for devices that support Near Field Communication. Pairing them with a Samsung Galaxy S4, for example, was a snap, but making them work with an iPhoneâ€”or any other devices that isn’t NFC compatibleâ€”requires fiddling with Wi-Fi settings. By the time you turn on the camera, make the necessary changes to the phone and then launch Sony’s companion camera app, you’ll likely miss that especially cute baby expression you wanted to capture.

Also, this is not a camera for multitasking. If you close the Sony appâ€”to, say, check Facebookâ€”the camera and phone will need to reestablish a connection before you can start taking pictures again, a process that takes another few seconds.

That said, the image quality of the QX10 that we tested easily outshined that of any camera crammed into a smartphone. Images were brighter and more balanced. Unlike a camera phone, the QX10 and QX100 can zoom optically.

The coolest feature, though, is that the cameras don’t need to be physically attached to a smartphone to use its screen as a display. That means you can hold the lens up high (great for taking concert shots) while still being able to use your smartphone to view what you’re shooting. Point the lens at yourselfâ€”and even mount it to a tripodâ€”for the ultimate self portraits. Whether these new cameras will transform the world of smartphone photography may be debatable, but one thing is for sure: the selfie will never be the same. $250 for the QX10; $500 for the QX100, sony.com

Sharpen Your Smartphone Photos With Sony"s New Cameras
Posted by midlandsevents at 12:39